Although Gleanings started producing food in the summer 1982, God was planting seeds for this ministry well before. In March 1975, Wally Wenge was appointed to YWAM’s International Council. During the installation ceremony, three YWAM members prophetically prayed the Lord would give Wally a “Joseph” ministry. God added clarification to the prophecy and a heart for the needy in 1981 when Wally and his wife, Norma, were with Cambodian refugees in Thailand. Later that year, while spending Christmas with family in California, God revealed to Wally that the tons of California cull fruit thrown away annually could be used as “gleanings for the needy of the world”.

During the first summer of 1982, the Wenges and local volunteers were able to process about 15,000 pounds of donated cull fruit using donated equipment in a borrowed raisin dehydration facility in Yettem. Roughly 1,500 pounds of sun-dried peaches and nectarines produced that first year were used to feed the hungry in Guatemala after a hurricane and flood. Mercy Ships helped transport the dried fruit to Guatemala and it was distributed by YWAM missionaries. The next six years all of the dried fruit was shipped to Thailand to help feed the Cambodian refugees who had captured the Wenges’ hearts.

Through process improvements and focused volunteer recruiting from YWAM bases throughout the western U.S. and Canada, production increased rapidly in the early years. In the 1986 season, over 500,000 pounds of fresh peaches and nectarines were processed. In April 1987, just nine weeks before the start of the summer fruit season, Wally got some bad news…the borrowed Yettem facility was being lost to foreclosure. With only days to remove the fruit processing equipment, things looked pretty grim. But in the eleventh hour, God provided a permanent home for the ministry: a 10-acre former tomato-packing facility in Sultana. Even with a delayed start, roughly 40,000 pounds of dried fruit was produced that year.

In late fall of 1988, Wally learned that the YWAM Discipleship Training School in Fort St. John, British Columbia, had lost the lease on their facility. Seeing this as an opportunity to expand the ministry, Wally invited their staff to join Gleanings. They agreed, arriving in January 1989. Over 2 million pounds of fresh fruit was processed that summer. In 1991, Wally acted on an opportunity to purchase an 11.6-acre parcel adjacent to the existing facility, which allowed for expanded production and improved staff housing.

Although God clearly placed Wally as a mighty leader of this ministry, Gleanings continued to flourish even after Wally went home to be with the Lord in 1999. Len and Lois Nylin served as directors from 1999 through early 2004, and the ministry continued to develop and strengthen under their influence. Soup mix production began in 2000, with 160,000 8‑ounce servings produced in the inaugural season. 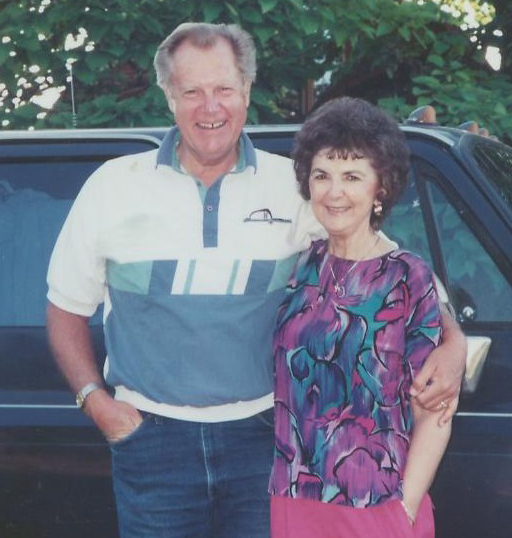 God continued to grow the ministry with Rick & Lynn O’Dwyer as Directors from 2004 – 2012. Under their leadership, the ministry enlarged the office and soup plant, completed the dining hall and chapel, added RV spaces, and kicked off the building of a new 10-plex.

Fritz and Cindy Meier, current directors, are serving with excellence in building, improving, and caring for this ministry, since 2012. Under their direction, the beautiful new 10-plex building was finished, as well as a 2-bay fumigation tunnel, complete with a rain canopy.  The fumigation bays greatly enhance our soup production process. The Meiers have increased short-term outreaches, including both staff and Gleanings’ volunteers in the trips. This has allowed a great opportunity for volunteers to participate in not just the start, but the completion of our mission, from production to delivery, and see first-hand the impact our product has on the world. A project to bring solar power to Gleanings was completed in 2018. The solar power significantly reduces our cost of operation for years to come.

Gleanings has also pioneered a ministry to “Backpackers”, opening our lives to international travelers who seek opportunities to volunteer.

This ministry continues to fulfill its vision to feed the hungry of the world, both physically and spiritually. In 2015, with the help of thousands of volunteers, over 53 million servings of soup was produced and shipped to more than 30 different nations. It is very difficult to quantify all that God does at, and through, Gleanings, but we know that millions of lives are touched by this ministry every year as our product goes out to sustain lives and spread the Gospel of Christ, to the glory of God.

Much of the above information was taken from The Best Kept Secret in Ywam: The Gleanings Miracle: a Miraculous Story of Justice and Mercy, by Steve Witmer. If you would like to know more about God’s provision for and through
Gleanings, you can purchase the book in the office.