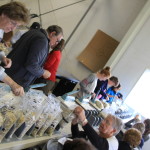 Spring break! While that might not mean much for those in the working world, it does change things up a bit for us here at Gleanings For The Hungry. Between families, church groups, and the families within the church groups, the ages of our volunteers was much more mixed this week.

We also had more people coming in than some of us originally expected. Having so many numbers and many young volunteers, we were able to work on several projects during the week.

The rug in one of the den rooms was ripped up and several people were working on their hands and knees to scrape the glue off the floor. Tile replaced the rug.

Randy got help from a few young men to work on the RV sites. Where the grass failed to thrive, Randy has a new low-water-usage landscaping in the works.

We had two trucks pick up loads on Wednesday. The first truck to come in was Convoy of Hope, dropping off pallets of pasta and picking up a load of soup mix. The second truck was loaded with soup and clothing for Cambodia. We were given the unique opportunity to have both the trucks lined up outside the dining hall. The moment we finished praying for the Cambodia load, it pulled out and we jumped to the Convoy of Hope truck to pray for the that one as well.

The week is ending a day early. With Easter just around the corner, we’re looking forward to a four-day weekend for some good rest, recuperation, and reflection.

It take many hands! 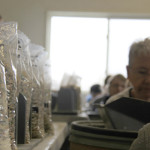 Lining those soup bags up! 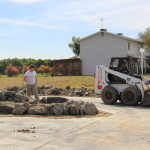 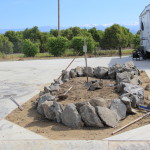 Working at the RV sites. 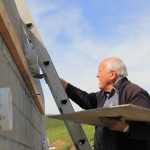 Al working on the fumigation tunnels. 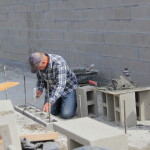 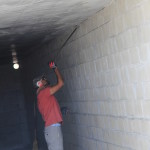 Finishing touches inside the tunnel. 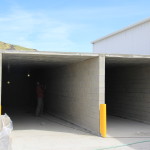 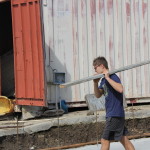 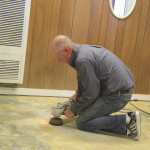 Touching up the floor with a grinder. 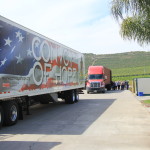 Two trucks in a line. 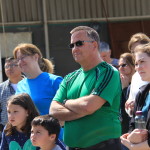 Getting ready to pray. 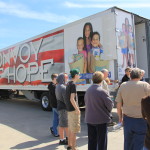 Meeting at the Convoy of Hope truck. 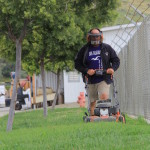 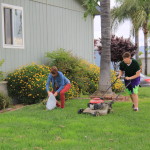